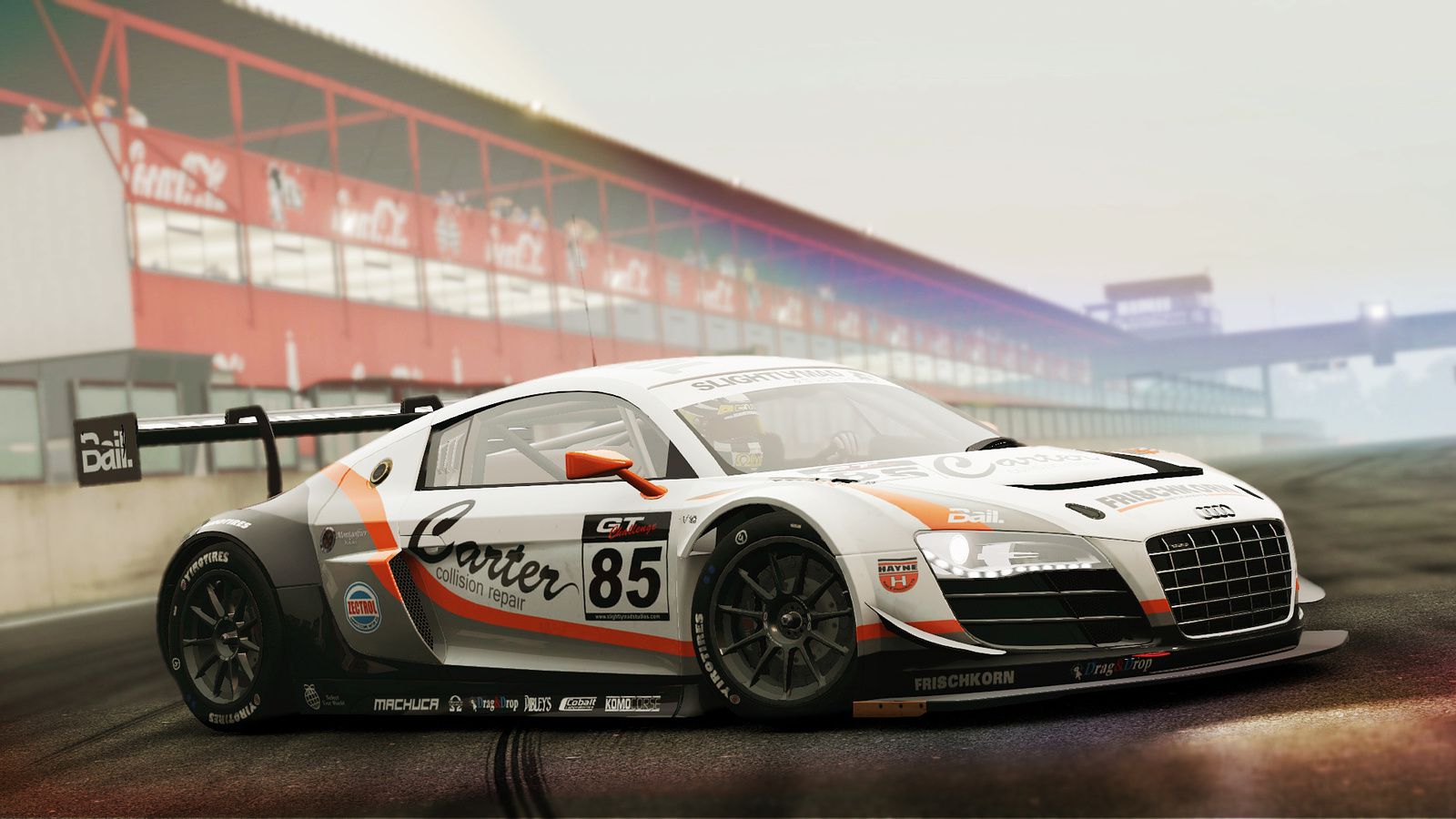 NEW – Host kick function. The host of an online game can now select to immediately kick a player from the server. Kicked players will be auto-kicked if they attempt to rejoin the same multiplayer session.
NEW – Mandatory pit stop option. The Lobby admin can opt to force a single pitstop during any race.
NEW – Option to set race length by time (also available in Quick Race).
NEW – ‘Allow Ghosted Vehicles’ option added so that the lobby admin can decide if he wants vehicles ghosted or not when they drive the wrong way.
NEW – Dynamic race-end timer feature. In public races, the timer is 50% of the slowest moving car’s lap time. In private races, the timer is 75% of slowest moving car’s lap time.
Fixed an exploit where a player could be awarded a win by jumping the start.
Fixed an issue where, if the host is forcing realistic driving assists, the player wasn’t able to toggle the allowed assists on or off while in-race.
Fixed a game crash issue if the client is kicked while typing in the chat box.
Fixed an issue where, if Forced Default Setup is used, the pit crew would not change tyres until they’re completely worn. The tyres will now be changed when at least one tyre is worn down by 25% or more.

Fixed a bug where drivers in a simulated series can all end up with ‘INVALID NAME!’
Fixed a bug where AI opponents would attempt to use DLC cars that are not installed.
The player will no longer be offered a contract renewal for a DLC contract if they’ve since uninstalled that DLC.
DLC Career contract emails earned while a DLC was installed, are no longer shown if DLC is then uninstalled.
If the player’s current contract is a DLC contract and the player uninstalls this DLC, the career season using this DLC contract will finish for the player when entering Dashboard and they will have to pick from valid contract offers to continue (or reinstall the uninstalled DLC).
Fixed an issue where the Modified Cars Pack and Limited Edition DLC Invitationals and Accolades were visible for players who do not own these DLC packs. Entering these invitational events would cause the player and AI to be in non-matching vehicles.
Fixed an issue where at times the pit crew wouldn’t change the tyre set to the one selected in pit-strategy.

AI – improved awareness and look-ahead to help with situations in multi-class races, where AI in a fast car would fail to avoid the player and AI in much slower cars.
Tyre updates – fixed an issue on several tyres to prevent FFB buzz when tread becomes worn very thin, re-calibrated most tyres for a carcass heating fix when the tyres are underinflated, adjusted wear rates on GT3, Group C, Trans-Am/GTO, DTM, and LMP rubber.
Implemented support to remove detached wheels from the track after a certain amount of time.

Fixed an issue during pit stops where the pit crew mistakes ratio was too high.
Driver name tags above cars can now be turned on for replays.
Entering the pits during a Time Trial will now invalidate that lap’s time.
Improved Helmet view exposure for historic drivers.

This update is primarily to improve the HUD position/rotation/scaling editor and the custom VR settings system.
All movement and rotation is now relative to the HUD’s local axis instead of world axis.
The HUD controls are now all located on the numeric keypad. Toggling between position and rotation modes are done by pressing the NUM-0 key.
HUD movement speeds are now reduced and we added controls for slow scale control. The movement speed will now also accelerate if you press and hold a key, limited to maximum 10x speed.
The movement amount per click of the HUD editing controls for placement and rotation are now scaled when you scale the HUD size up or down. This helps a lot as it gives much finer controls when positioning/rotating while the HUD is scaled down.
Changes to the HUD position/rotation/scale will now only be saved when you confirm to save the edited HUD settings; otherwise it restores the previous settings.

The HUD adjustment now runs in one of two modes – movement and rotation / scale. Num-Pad 0 toggles between these modes.

In movement mode the controls are as follows (numpad)

In rotation / scale mode the controls are as follows (numpad)

This file is located in your ‘My Documents\Project CARS’ folder, and is called ‘oculussettings.xml’
There are entries to control the position, rotation and scale for each of the following:

HUD (HUDSettings)
Main Menus (FrontEndSettings)* In-g
Game Menus (InGameSettings)
The format for each is identical and the data can be copied between them. While we currently only allow you to edit the HUD in-game using the system documented above, you can freely copy the saved values to the entries for the front-end and in-game menus settings, and these will then also appear at the repositioned placement/rotation/scale settings.
FYI – the rotation part is a quaternion, if anyone wants to try and make sense of it (the names are intuitive, offsetX offsetY, offsetZ, scale, and rotation[WXYZ]).

The other 3 entries are: