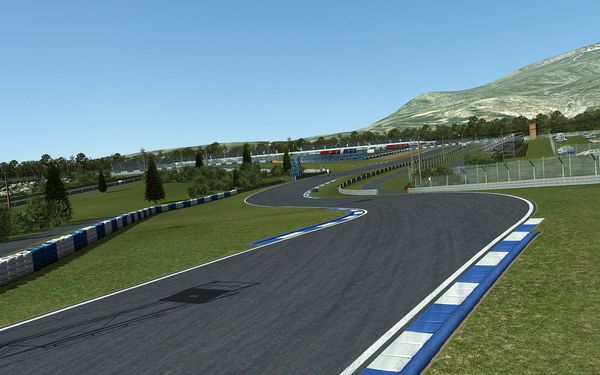 
FEATURES:
————————
Now allowing user vehicle data (like FFB multiplier) to be stored separately from mods. To enable, set the PLR file option "User Vehicle Data" to 1. The current default is 0, which is the original behavior. If it works well, we will change the default.
Allowing virtual mirrors to be used with onboard cameras now. Also made mirror key apply to swingman and onboards.
Added UI options to create a "virtual" vehicle...based off an existing vehicle. Goto Tuning Page with an existing vehicle...select a loose alternative skin. (if no loose alternative skins are availible, hit the "create dir" button, then the "reload" button and it'll generate one for you (use the skin spinner and select "alt"). Once you select an alternative loose skin, the "create" new driver button should be enabled. hit that...fill in the new driver name and team, and next time you enter the vehicle selection screen you should be able to select your new vehicle. (new "virtual" vehicle will also be available as an opponent) (Doesn't currently work for multiplayer).
Added a more generic way for physics modders to attach pushrods (or spring/damper units); in particular they can be attached to A-arms now.
Added tire compounds to results file.


BUG FIXES / OPTIMIZATIONS:
————————
Fixed case where incorrect password would be saved after a failed download.
Fixed incident reporting and crash sounds, not coincidentally!
Fixed mistake when we added support for 6 controllers.
Garage UI captions that are overridden by one vehicle now get reset to the default if a different vehicle is chosen.
Fixed time length of replay reported in Replay Information box.
Improved handling of the situation where there are more vehicles than garage spots (added warning message, and prevented a possible CTD).
Added a controller.ini variable "Detect Rearranged Controllers" which was and is on by default, but can now be disabled if it seems to cause problems.
Computing main vehicle body extents using collision body only now, since collision is its primary purpose. For some cars, this fixes a problem where the AI thought the car was really wide due to the ambient shadow object.
Fixed a problem where the grid at the monitor would look messed up if adding/removing vehicles while paused.
A hopeful fix for the problem where Windows 8 users are reporting occasional lost controllers.
Fixed the position displayed in front of the driver's name at the monitor, which was usually incorrect when viewing replay.


MULTIPLAYER:
————————
Allow /restartwarmup to go back to the warmup session briefly even if it is disabled. The purpose is to allow pending drivers to join.
Optimized the initialization of temp cars in multiplayer, which reduces the slight hitch when other clients join while you are driving.
Fixed bug where server messages were being labeled as "Your Name:" instead of "[server]:"


AI:
————————
Introduced version 1.0 of new AI learning code. When Autocalibrate AI Mode="2" in the playerfile, AIs will run laps in practice trying to optimize their operating parameters on a per corner basis ( up to the new playerfile variable "AI Calibrate Sample Size" number of trials). They create a database (*.wis file...for "wisdom", in the UserData\player\Settings\componentName\VehicleFile directory) with the results & use these results to adjust their parameters on the fly in a race. Because this is the first release, it's not completely full-featured...for best results, during practice, disable fuel usage, tire wear, and mechanical failures, and try to keep out of their way (they will not currently ignore a result because the the AI was held up by another car). Results are stored between games, so you may run a race with fuel usage, tire wear, and mechanical failures once the databases are created.
When Autocalibrate AI Mode="3", the AI will only read and use existing knowledge.