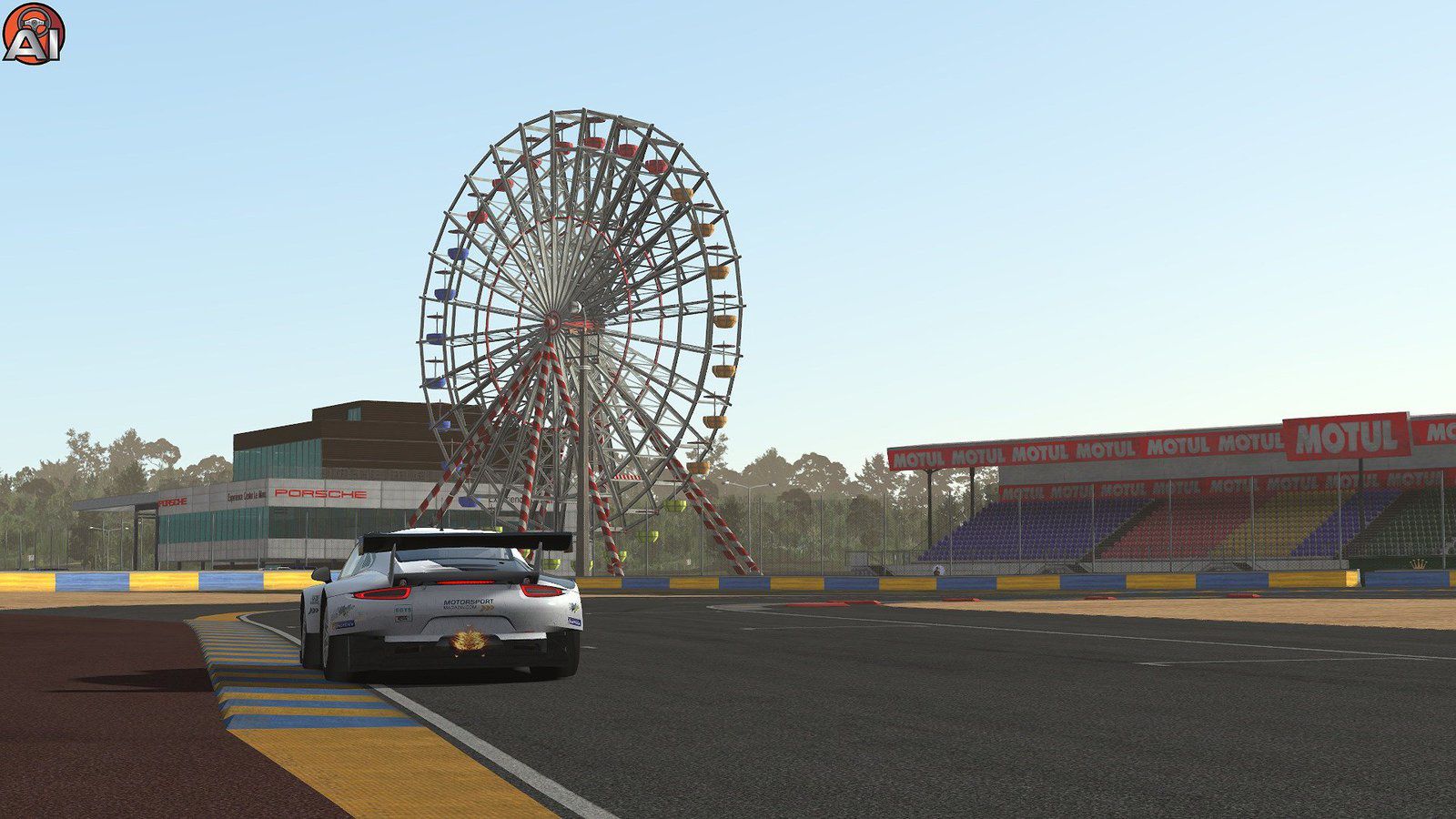 *Additional Notes – V.1.00*
(1) The red obstacles is lower now but the cut corridors are the same. In addition, the red material have a high tyre-wear value to discourage human players to cut track. I suggest to cars modders to have a special attention on their collision feelers, there’re several cars which they are unnecessarily low, producing some bizarre behavior when attacking tall kerbs.
(2) There’s no visual indication of DRS zone so you’ll have to keep your eye in car’s panel until get used with the start positions.
(3) It seems rF2 engine is not able to automatically load the AI learning files from package yet. However, when it get fixed the TL3 files are already inserted in a specific MAS file (you might unpack to manually put it in correct folders ore, easier, get in alone in a practice period with fuel usage and damage off, add one AI car and type